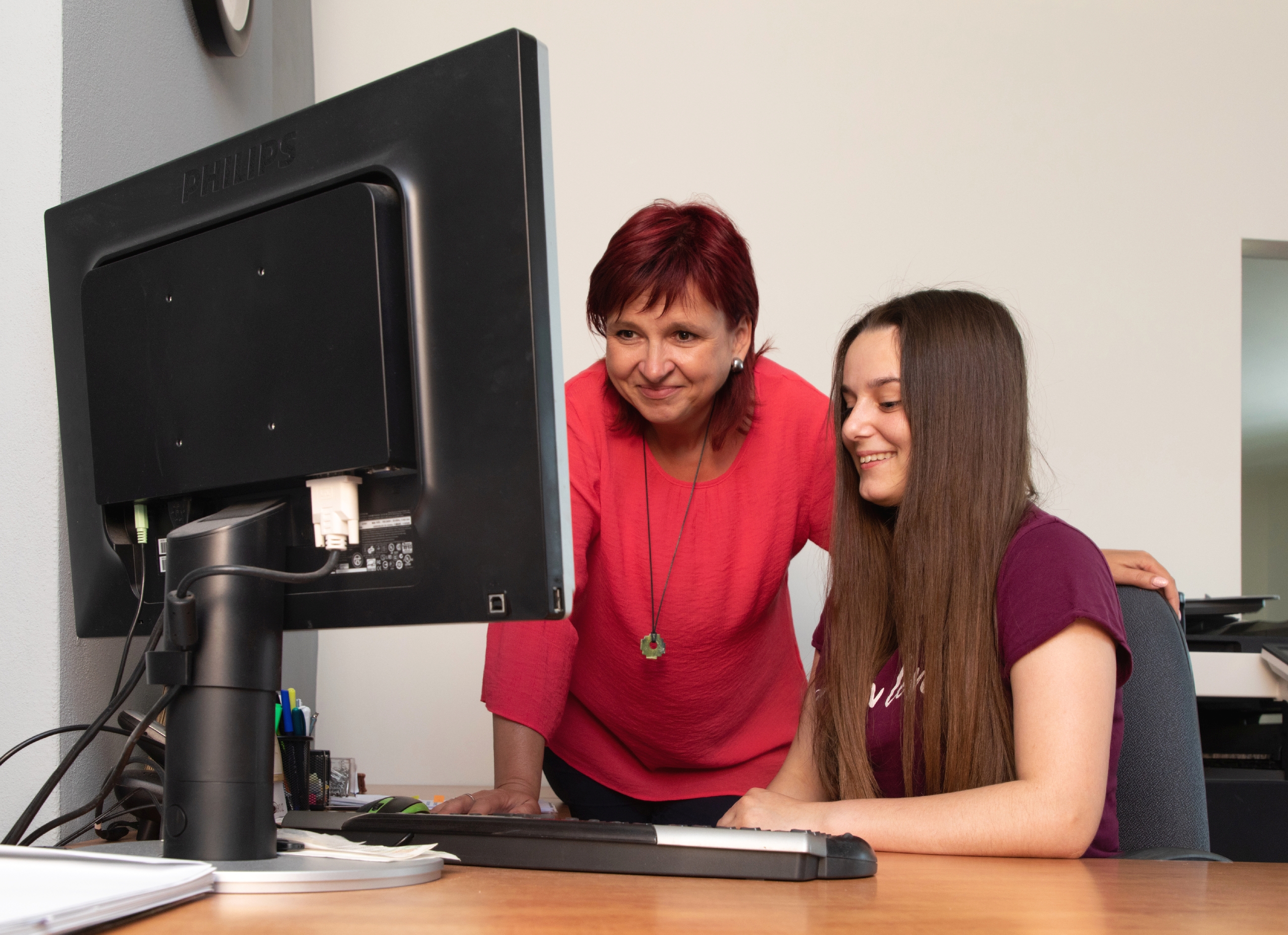 Young people from children's homes are often not ready for life outside. During their stay in homes, they usually do not systematically address the pitfalls they may encounter when they leave. They enter adulthood with a social handicap that makes it difficult for them to participate in society and the labour market. This could have happened to Monika (19) if the home where she lives had not become involved in the “One Step Ahead” project of the Operational Programme Employment.

Monika has lived in the Nechanice Children's Home since she was 8 years old. She was lucky she didn't come there alone. “We lived in Pardubice, there were 5 of us - me and 4 sisters. Our parents were not able to look after us, so we were sent to Nechanice. I was small and by moving together with all my siblings, I didn't feel the change at the beginning so much, as there was someone around me all the time,” she says about her early days at the home. She soon found friends, so she didn't think too much about what was behind the walls of the home. But puberty made her yearn to achieve greater self-fulfilment and find out more about life outside.

The Hradecký venkov (Hradec Countryside) local action group is an association of local actors (village mayors, entrepreneurs, members of non-profit organizations,…) who are interested in developing the territory. The group also includes a number of parents who want to help children from the home in their further journey through life. The impulse for them was the image of what problems their own children would encounter in a similar situation while facing adulthood. Their idea liked local entrepreneurs who then wanted to offer the children a job. The villages also appreciated the idea and, with the prospect of slowing down the outflow of young people from the countryside, they began to look for vacant council flats. In addition, local leisure clubs (volunteer fire-fighters, etc.) wanted to offer them membership in their associations.

Thanks to these people and organizations, the project that prepares Monika and other young people from the children's home for the future, was set up. The project includes a number of support and educational activities focusing on developing independence. Žaneta, the project coordinator, speaks highly about camp stays that address financial literacy, searching for housing, household economy and other important areas of life. Traineeship with specific employers and the associated mentoring are also an important part of the project. Monika goes to Business Academy in Nový Bydžov and started a practical training at  Mokrovousy Municipality. Gradually she is becoming acquainted with the operation of the office, accounting, administration and she helps with organizing social events. “I found it very interesting to learn something in the field that I study at school. For example, the accounting program of the village was new to me, at school we have not learned about the running of municipalities yet, but our teacher said that next year we were going to focus on this topic. I'll be ahead, which is great! ”says Monika about her traineeship. If she proves herself as an efficient worker, she may be offered future cooperation.

In addition, Monika completed a cookery course. "My older sister also attended a cooking class and she is good at it, and I enjoy helping her," says Monika. Though she doesn't believe in herself very much in the kitchen, Mrs. Musilová attributes this only to her modesty. Monika adds to the project that when she meets friends from the home, all of them appreciates variety of activities which fill their free time. It is great that the project was created and the Nechanice Children's Home offers these activities.