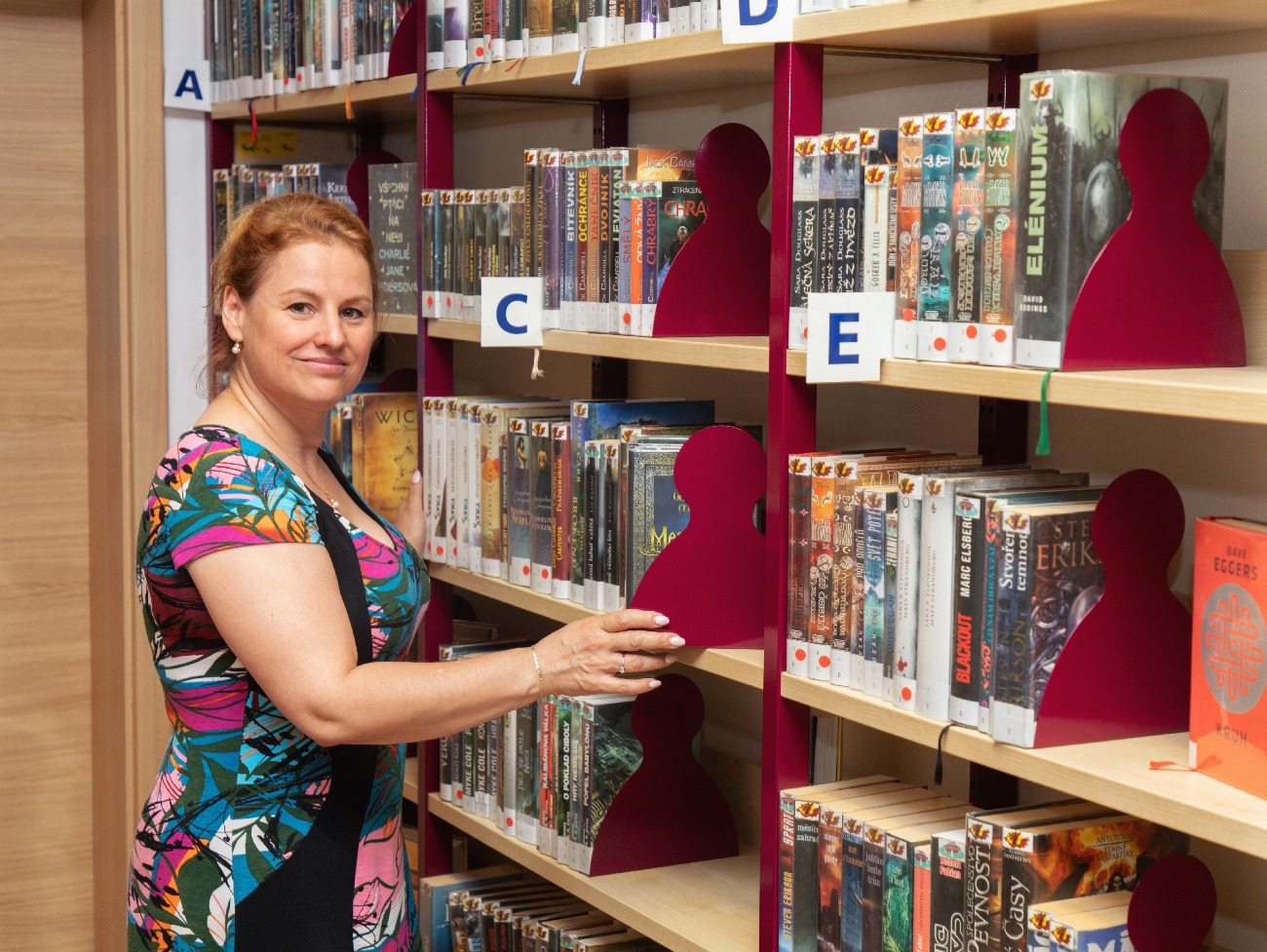 For a long time, libraries have been affected by a global trend, which is the decreasing number of readers. It was the need to find a new role for libraries that would bring people back into them again, which was behind the creation of an innovative project of Masaryk University in Brno financed by the Operational Programme Employment. “We need to start the process of searching for a new role in order to avoid existential problems. Naturally, there is an increasing tendency to transform libraries more into community centres, which may be one of their new roles, ”says Eliška Bartošová, project coordinator.

One of the libraries involved in the project is the Litvínov Municipal Library. Its director Marcela Güttnerová has been working there for almost 20 years and thanks to her experience she realizes that a library is no longer just a library but also a cultural and educational centre. In order to attract more people to the Litvínov Library, they started to organize various discussions, lectures, events for children and educational seminars, more than twelve years ago.

Young children and schoolchildren come to the library regularly as part of their lessons. Some of them also come in their free afternoons, when the library partially replaces a leisure centre which is missing in the town. Adults and seniors attend exhibitions, lectures or the Free Time University. Youths over 15 represent the biggest challenge because libraries are not very attractive to them. The project therefore began to look for reasons and then ways to create services just for them.

It came up with the solution of the planned conversion of the computer room into a youth area. “Technology advances so fast that things, which were done in 2011 when the classroom was opened and when computer courses were focused on desktop computers, are not of interest to anyone today. People now come to consultations with phones and tablets,” says the forward thinking director. The library team concluded that it was pointless to force young people into anything, and it is better to offer them safe premises at first. For now, the room is known under its working title “Zevlovna” (hang out space). "It is much better when they are here rather than hanging out somewhere in the town getting up to mischief," says the director, explaining the social dimension.

The project also sought to find ways of how to reach out to young people and learn from them what they actually expect to gain from the place. The survey showed that there is no intermediate step between the children's section, where everything is conceived in the form of games and the adults' - quite formal section. In this way the library wants to offer a place that would not be attended just on specific days, for regular courses, but at any time. Therefore, it has prepared a games room with table football and other games as well as virtual reality glasses. The range of activities will satisfy many visitors.

“The OP Emp project helped us to clarify what we want and need, how to design services, how to communicate.” says Marcela Güttnerová, listing the benefits of the project.