Michaela Hlínková (33) has two sons. The older one, Hugo, is four years old, the younger one, Otto, will celebrate his third birthday soon. Even before the children were born, she knew she would want to go back to work to work part-time. Michaela was lucky to find an understanding employer who allows parents with small children to work flexible working hours as well as part-time. However, the capacities of pre-school facilities do not always comply with the parents’ plans and a child under three is not always admitted. A children’s group called Začít spolu 4medvědi helped Michaela. It does not only admit small children but also offers non-traditional teaching methods. 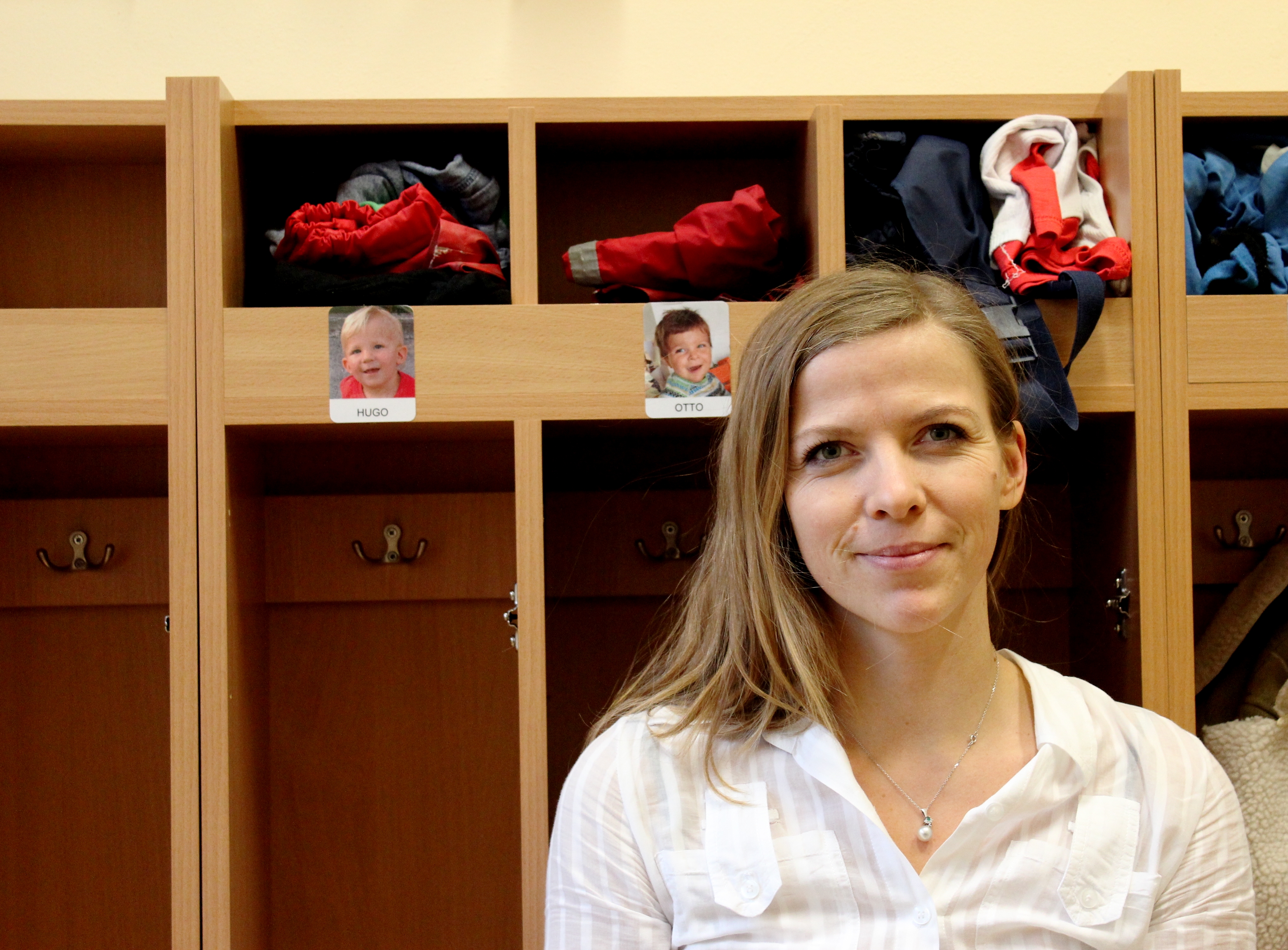 4medvědi has been in operation since 2008. Two mums taking parental leave were looking for interesting activities for their children and themselves. Since they did not find anything, they set up their own family centre. They were offering interest groups, courses for children and adults and lectures for the general public. That is how also Michaela learned about them when she was looking for a place where Hugo could spend his leisure time meaningfully.

The number of children and activities was gradually growing. “However, the parents’ contributions only partially covered the costs related to running the family centre and we often had problems managing our finances,” the project manager Petra Glombová remembers. Then they learned from the Prague 4 Municipal Authority that they could apply for a subsidy for running the family centre providing services similar to those of a children’s group from the Operational Programme Employment.

The project plan has succeeded and nineteen children aged from two and a half to seven years, including Hugo and Ottík, are attending 4medvědi today. “All the children are kept together, which I see as a huge benefit. The younger ones learn a lot from the older ones; they, for example, clear the tables or try to put on their shoes themselves… All of that helps the parents a lot,” Michaela says happily.

There is a relaxed atmosphere here. Three carers care for the children every day, which is a huge difference compared to a regular nursery school where more than twenty children is allotted to one teacher. “There are five of us in total but none of us works full-time so we take turns,” adds Petra Glombová who likes to switch from project administration to “relaxation” by caring for the children from time to time. Apart from her and her three female colleagues, one young male teacher who was attracted by that very special teaching programme is caring for the children as well.

When the project was granted a subsidy, the school fees got cheaper. Michaela was able to apply for admission of her second son to 4medvědi as well thanks to that. “I anticipated that they both would attend a state nursery school. We could not afford to pay the school fees twice. Moreover, I would have to wait until Ottík is three years old,” Michaela says. Ottík started attending 4medvědi in this September when he was exactly two and a half years old and thus became the youngest child in this children’s group in history. “We are a kind of a school of siblings. We had two families whose all three children attended 4medvědi one by one; it is very common for siblings to meet each other here,” Petra Glombová adds. “The subsidy really helped us out; we could buy, for example, a real piano, we invest in quality toys and teaching aids,” she adds.

Začít spolu (Step by Step) programme consists in intensive development of three key skills – communication, cooperation and problem-solving. One topic is analysed from different perspectives and preferably by all means available to the children. This year’s main topic in 4medvědi is employment. They acquaint the children with various occupations one by one. They all start by talking about one in the morning and then they divide into groups based on what they are interested in. When we were talking about, for example, a miller, some of the children were exploring wheat ears, others were building a mill with building blocks, another group could bake a bread and the rest was working with the letters that the word miller is made up of.

The nursery school puts emphasis on close contact with the parents. It invites the parents to take part in creative workshops together with the children several times a year. “There was a time when Ottík was refusing to go to the nursery school. He just got completely stuck. I did not know what to do so I called Petra Glombová on Sunday evening telling her that it is too much for Ottík and I will probably stay at home with him. She suggested something else – that he attends the nursery school every day for a shorter period of time, instead of the current three-day attendance, to get used to regularity and order. Surprisingly, it worked,” Michaela praises the personal approach.

The young mum is working part-time. She is happy because she knows that her children are well cared for. Her employer has decided to open a company nursery school recently. Michaela could keep her children closer and would have to worry about neither taking them to the nursery school in the morning nor picking them up in the afternoon and yet she is in no way thinking about change. Maxík, other child from the children’s group, proves that the children love 4medvědi as well. It is his last year there before primary school. “He told her mum to cancel all his other activities; that he wanted to be only with us every day as long as possible,” Petra Glombová says.

The project will go on even after expiration of the subsidy. 4medvědi will ask the Ministry of Education, Youth and Sports for accreditation due to the current school law stipulating that a child is obliged to complete one year in nursery school before starting attending primary school. They want to make it possible for the children to complete their pre-school education in their nursery school.