Chance For a Better Life

Obrnice. A small village near Most with about 2,300 inhabitants. The Romani represent more than a half of them. The unemployment here is one of the highest in the whole Czech Republic reaching nearly 20 percent. 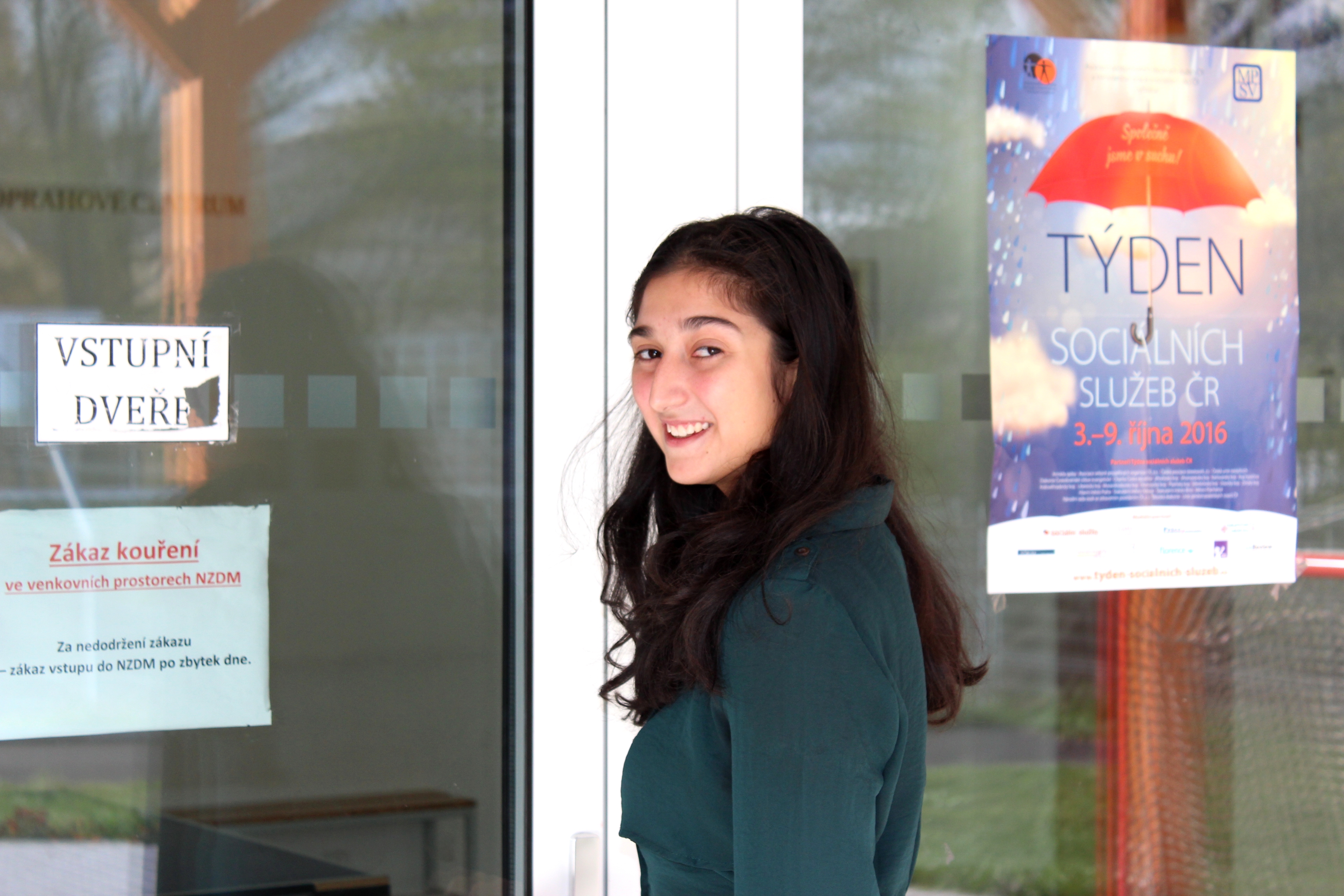 Hanka Maňkošová (18) has been living here since her childhood; next year, she is going to graduate from high school in Most. She would like to continue her studies at university and focus on special pedagogy. Considering the circumstances it sounds almost like a fairy-tale. However, this fairy-tale is real. The greatest merit for such success belongs to Hanka, of course, but also to the low-threshold centre Volcano that Hanka has been attending since the beginning of its existence.

The problems started in Obrnice many years ago when the municipality privatized nearly all flats in the village which was used by some speculators with flats and people in need started to move here. The children and young people in separated locations belong to the most endangered groups – they take over somebody else's patterns and are easy victims of manipulation. Provided they have no option to spend their leisure time in a meaningful way no good will come of it. “When we were children, we used to play outside and we were happy - there are many nice places around. However, later on we were getting bored, as there were the clubs for young children only,” Hanka remembers.

However, Obrnice has considerably changed – namely thanks to Mayor Drahomíra Miklošová. In 2013, the low-threshold centre for young people from 15 to 26 years was opened here. The beginning of the Volcano did not look promising. There were only two temporary rooms of the local Integrated Centre of Leisure Activities with the capacity of 30 children which was immediately filled up. The centre construction was delayed and was opened only in summer 2015.

The Centre of Social Services in Obrnice provides its clients with following services:

The European Social Fund provides finances for these services (except for the Olivín centre) through the Operational Programme Employment.

The Volcano offers a lot of activities to its users – table football, snooker, ping-pong table, computer room, fitness centre which is loved by boys in particular, outside playground and the possibility to make a campfire and roast sausages. However, the children come here not only for fun. Each of them has own social worker assigned who defines the targets that they want to achieve. For example, to find a job, pass graduation exams, get education, pass driving licence exams… In addition, various lectures are held here, for example on health insurance and the necessity to pay for it. There are two social workers, three workers in social services and some external employees – a coach and IT specialist.

87 children attend the Volcano. “We help them with their homework, provide tutoring in case of some problems and try to find some solution – for example another more suitable subject of study. Nobody usually discusses with them such issues at home – for some people the education has no priority,” states Lucie Matějovicová, a director of the Centre of Social Services in Obrnice. “Our clients often have unrealistic ideas about life. It is up to us to keep their feet on the ground and explain them that without the elementary education they cannot reach a high wage,” adds director Matějovicová. And last but not least, the employees of the centre help them to find and keep a job. “We have contacts in various companies and cooperate with the Labour Office of the Czech Republic. And we support them when they want to give it up after the first problem appears,” the director specifies. 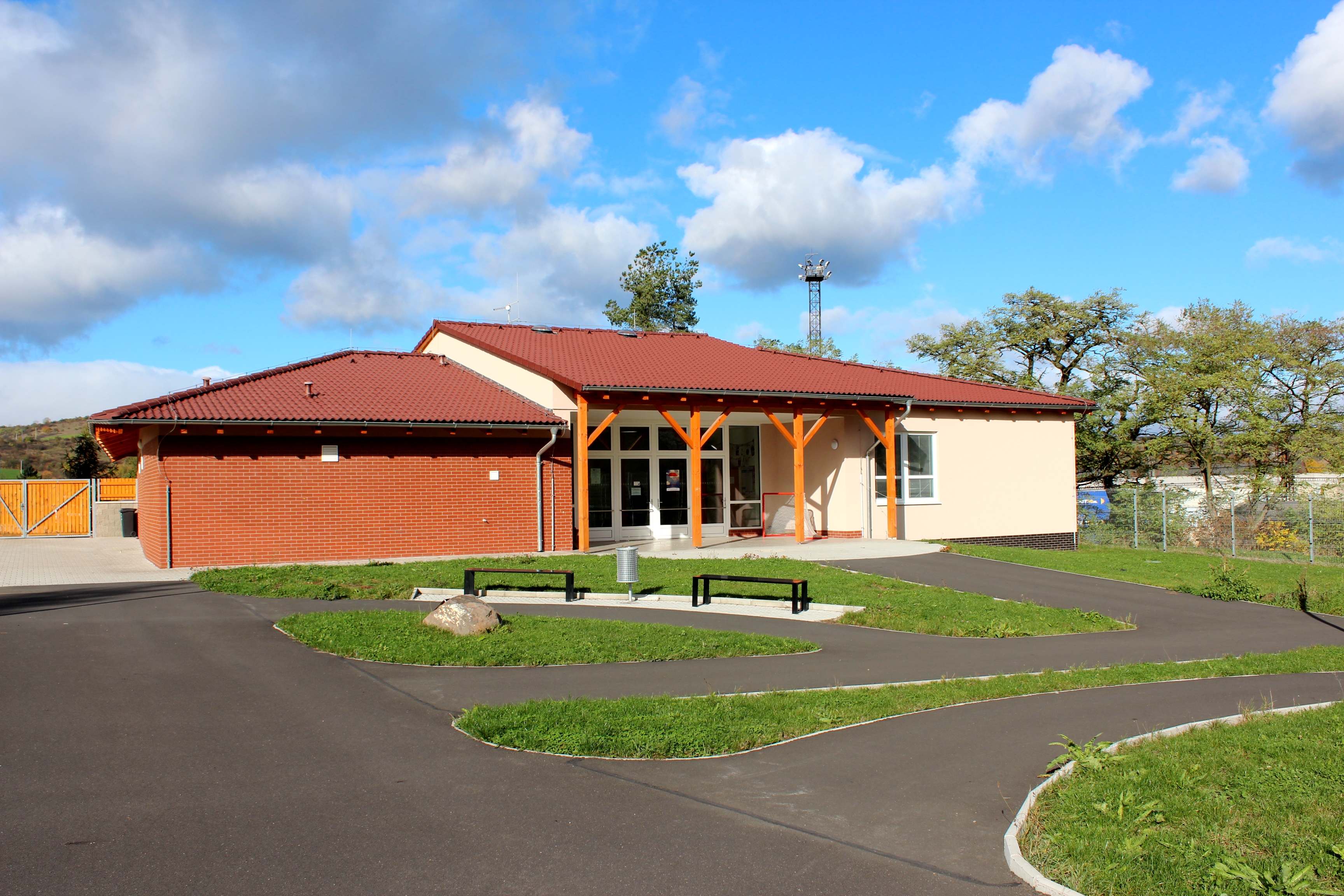 The children fulfil here various partial tasks, and when they succeed, they get a “joker” which they can use as they wish. “For example boys want to use the fitness room just for themselves, some of them want to use the computer…” specifies Hanka. “The fitness centre is not only about fun. Our coach Martin Novotný tries to educate the children about the principle of health nutrition and teach them how to become strong-will when they want to achieve something and that they must persist in doing that,” adds director Matějovicová. The success of one of Volcano´s client, Jan Dužda, is the evidence of doing it well. He started to train with such intensity that he participates now in bodybuilding competitions of the Czech Association of Bodybuilding and Fitness. “The other children do not want to compete with him as he always wins,” the director adds.

Hanka started to attend the Volcano when she ended the primary school. “To tell the truth, we did not know what to expect. Mum kept asking what we do there. Thus I explained it to her… it is true that some people already noticed that children were hanging around and being noisy before,” Hanka tells.

It is obvious from the meeting that she is a clever and skilled girl. It is hard to believe when she says: “My life would be different without the Volcano. At the primary school, I had some problems and I had only a few friends, I was silent, not able to talk to people…" She was also afraid of the reaction of classmates in the grammar school in Most as it was not usual to see there somebody from Obrnice. "As you always meet new people in the Volcano, you get used to it, so I managed well to be involved in the grammar school,” she believes. In addition, she started doing things that she would never imagine before. Now she moderates the local talent competition every year and she teaches younger children having problem with school results.

“Hanka is the excellent example of what the low-threshold centre can give to children. When she came, she was silent, not able to break through… she has passed a long way and we see the huge personal development,” adds director Matějovicová. “The low-threshold activity makes definitely sense. It opens the options to children that they would never have. We listen to them, we motivate them so that they have a chance to live another life,” the director concludes. The Volcano is very popular among youth in Obrnice. Most of them can hardly wait until they are 15 and can join it.