I am Alive! Because I Have a Job

Marcela Litochlebová (47) has won the hardest fight of her life – she has beaten cancer. When she got better, she wanted to work again. But it is not that easy with disability and a long gap in your CV. Marcela got help from the labour office where she was referred to the project called “Práce bez bariér na Vysočině” (“Work without barriers in the Vysočina Region”). Thanks to this project, she was employed as an accountant in a nursery school under a subsidised employment programme. 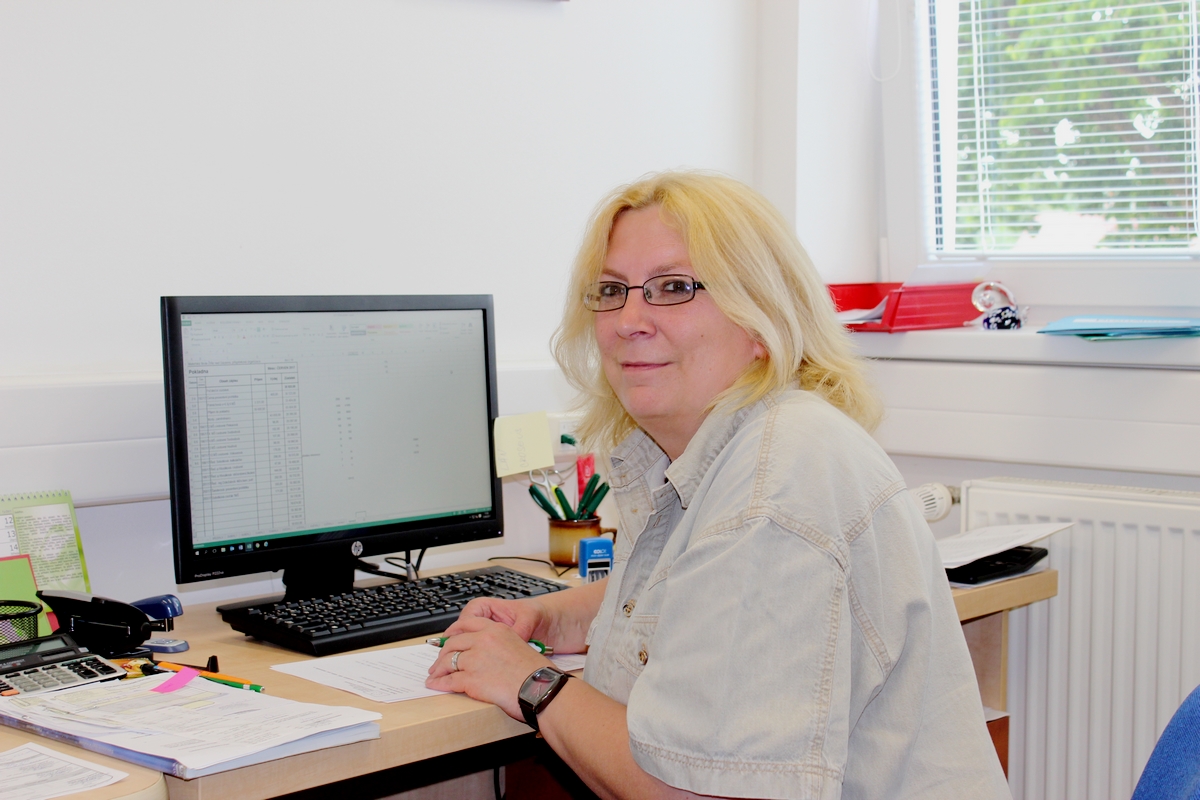 Marcela wanted to study economics. However, she had children at a young age and therefore had to forget about studies. She was working as a video rental shop manager but the world of numbers was still attracting her. Therefore, she started studying and got an associate degree (DiS). Her life went by peacefully until 2010 when she was diagnosed with cancer. Chemotherapy, radiation therapy, another health complications and recovery that came after that resulted in a full disability pension for almost six years.

Fortunately, the situation took a turn for the better and the illness went away. Marcela wanted to work again as she was used to do her whole life. “It is true that I have been left with the first-degree disability pension but I did not want to sit at home receiving the pension,” she says. However, her options were limited – she cannot do manual work due to the problems with her left hand and there are not many part-time administration job offers in Žďár nad Sázavou. She registered herself with the labour office and was patiently replying to suitable job advertisements. “I sent dozens of CVs and got only a few replies. You cannot hide a five-year gap in your CV. And when I got a reply, it turned out that it was for example door-to-door selling or similar,” she remembers.

After approximately six months of unsuccessful job seeking, Marcela was referred by her labour office worker to the project called “Work without barriers in the Vysočina Region” funded by the European Social Fund through the Operational Programme Employment. The project is intended for disabled people. “I engaged in this project thinking that I have nothing to lose. And I ended up gaining so much in the end,” Marcela says happily.

Marcela engaged in the project at the beginning of this year together with other people. All of them have experienced health problems and hopeless job seeking. “Just meeting people suffering the same fate helps. Because when you are at home alone, your confidence is close to zero. You have a feeling that you’re the stupidest person in the whole world and everybody must know that,” says Marcela. For a few months, they were brushing up CVs, learning how to behave during job interviews, or improving their financial literacy. They could also use the internet free of charge.

People responsible for the project were helping Marcela and others look for a job in the meantime. A job offer to work in the Žďár nad Sázavou nursery school, which consists of seven facilities in total, appeared in the spring. “As we now have more tasks related to administration than before, we were in need of someone to help us out. At the same time, we have very limited financial resources. This job under the subsidised employment programme is of great help to us,” Iveta Klusáková, the nursery school headmistress, says. As their first encounter turned out well, they agreed on mutual cooperation.

Marcela started in June. She is responsible for finances; she enters invoices into the system and pays out travel expenses… She works part-time working six hours a day and flexible working hours. “I would probably not even get this job without the project,” she says.

A job under the subsidised employment programme means that the employer receives a contribution to cover the costs related to an employee’s salary. Otherwise, it is the same as a regular job – employment agreement, three-month probationary period… Marcela’s agreement is valid until the end of May 2018. Nobody knows what happens next. Marcela is grateful anyway because she will gain experience in the field she wants to keep working in. “You get back to your life during that one year. You get used to the routine and your head starts to work. You have a feeling that you are a human being again; that you are alive and can say: Damn, I have a job!”

In total, 114 people have engaged in the project in the first five months of this year and 30 people have found a job, either under the subsidised employment programme or without any subsidy from the labour office. Employers who are thinking about employing someone this way can use a handbook containing detailed instructions on how to proceed.